Click the button below to load the live video.
Refresh Video

You will be prompted to enter your password at the time of the event. If you do not see this refresh your browser.

8:30 pm Live Receptions (links are in the “Receptions” tab) 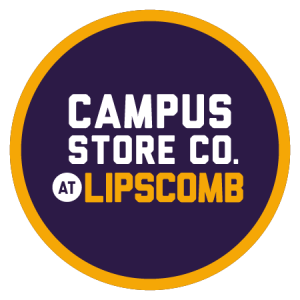 1. Participate on a Chrome browser if possible, avoid Safari.
2. If you do not see the countdown timer close to the session start time refresh your browser.
3. On mobile devices, you may need to manually tap the screen to unmute the sound.
4. If your video freezes, try clicking the gear icon in the video window and select a lower quality resolution.

Becky Lanier
Born in Lubbock, Texas, she was blessed to be raised in a Christ-centered family and followed Jesus on her own at age twelve. Studies in international trade, Spanish, and law led her to jobs teaching Spanish and eventually to a career as an attorney in the fields of employment and civil rights. After marrying Mark, an old friend from high school, she became a stay-at-home mom to a growing family, finally topping off at five children. Throughout the years she has been blessed to participate in other ministries such as helping lead worship services for the nursing home ministry, participating in the women’s ministry, and serving on the Guatemala mission team.

Mark Lanier
Mark Lanier is a lawyer, author, teacher, and minister. His lifelong commitment to Christianity and his undergraduate from Lipscomb in biblical languages have nurtured his passion for developing his faith and sharing it with others. An ordained minister, Lanier teaches a weekly 750-member Sunday school class at Champion Forest Baptist Church in Houston, Texas, and also founded the Christian Trial Lawyers Association, and the Lanier Theological Library, one of the nation’s largest private theological collections.

Tom Davis
Dr. Tom Davis has forty years of experience as an archaeologist, working extensively in Cyprus, the Near East, Egypt, Central Asia, and the United States. He started his archaeological career as a professional archaeologist for a private company in the USA from 1991-2003. He next served (2003-2011) as Director of the Cyprus American Archaeological Research Institute (CAARI) in Nicosia, Cyprus, one of the premier archaeological research centers in the Eastern Mediterranean. Before coming to Lipscomb University this Fall, Tom was a Professor of Archaeology from 2011-2020 at Southwestern Baptist Theological Seminary in Fort Worth Texas. Dr. Davis currently directs the Lanier Center excavations at the early Christian site of Kourion (Cyprus). He also serves as Project Co-Director and Field Director, of the Ilyn Balik Expedition, Kazakhstan and as Project Coordinator for the Recordation Project of the West Wall of the Cour de la Cachette in the Temple of Karnak, Luxor Egypt. Dr. Davis has lectured extensively in the U.S., Europe, the Middle East, Asia, Africa, and Australia.

Steve Ortiz
Steven Ortiz is the director of the newly established Lanier Center for Archaeology at Lipscomb University where he is also a professor of archaeology and biblical studies. He was the director of the former Tandy Institute for Archaeology at Southwestern Baptist Theological Seminary where he was instrumental in establishing a new academic program in Archaeology and Biblical Studies where Southwestern currently has over 40 MA and PhD students in archaeology. He is the principal investigator of the Tel Gezer Excavation Project and is the co-director at Tel Burna (Biblical Libnah). He received his doctorate from the University of Arizona. He received an MA in near Eastern Archaeology from the University of Arizona, an MA in Bible History from Jerusalem University College, and a BA in Anthropology and Sociology from California State University, Los Angeles. He has over 30 years of archaeological experience in Israel. Ortiz’s research and publications focus on the archaeology of David and Solomon, Iron Age I and II transition, and the border relations between Judah and Philistia.
He has served or currently holds leadership positions in several scholarly and academic associations. Dr. Ortiz was recently the Ernest S. Frerichs Annual Professor at the Albright Institute. In addition to his scholarly pursuits, he is passionate about teaching students and the church on the relevance of the historical and cultural context in the interpretation of scripture. He grew up in East Los Angeles and has traveled extensively throughout the Middle East. He is married to Beth and has two children Rebecca and Nathaniel. He lives in a divided house as his daughter is attending the University of Texas at Austin and his son attends Texas A&M.

Dr. David Holmes
David is a native of Los Angeles. He taught at Pepperdine University, Seaver College for over 25 years and also served in administrative roles, including as Associate Dean for Curriculum and General Education. Dean Holmes holds a doctorate in English and a Master of Arts in English from the University of Southern California, a Master of English Literature from California State University, Dominguez Hills and a Bachelor of Arts degree in speech communication from Oklahoma Christian University. He is the author of two books, several scholarly articles and the recipient of awards for teaching, scholarship and community service.

Dr. C. Leonard Allen
Allen serves as dean of the College of Bible and Ministry at Lipscomb University. He taught theology, ethics, and philosophy at the graduate and undergraduate level for over twenty years, serving as visiting professor at Biola University, adjunct professor at John Brown University and Fuller Theological Seminary, and professor at Abilene Christian University. He holds a PhD in History of Christian Thought from the School of Religion at the University of Iowa, and is the author or co-author of ten books, including The Cruciform Church: Becoming a Cross-Shaped People in a Secular World; The Contemporaries Meet the Classics on Prayer; Distant Voices: Discovering a Forgotten Past for a Changing Church; and Things Unseen: Churches of Christ in (and after) the Modern Age.